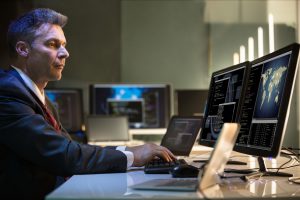 As difficult as it may be to admit it, data breaches and other types of cyberattacks remain extremely common. One solution to such cyberattacks has proven highly efficient: penetration testing. This process, which is also sometimes called “ethical hacking” or “white hat testing,” involves a purposely planned assault on a system (hardware or software) and is designed to detect vulnerabilities that could be exploited. Fortunately, there are several methods for conducting penetration testing.

What Is A Penetration Test?

A penetration test is an IT exercise that consists of cybersecurity personnel attempting to identify and exploit weaknesses in an organization’s computer systems. This type of simulated attack has been used by many organizations, both large and small, and for good reason.

According to High-Tech Bridge Security Research, 92% of web applications possess security flaws or vulnerabilities that can potentially be exploited. This research also revealed that approximately 16.2% of companies in the United States have at least two external web applications that allow personally identifiable information (PII) to enter via web forms and that run vulnerable versions of web software.

Penetration testing can typically be divided into five categories. Let’s examine each of these categories closely.

This kind of penetration test is one of the most common requirements for testers. It primarily aims to uncover vulnerabilities and other issues in clients’ network infrastructure. Access points for a network can be either internal or external. Pen testers should strive to target: 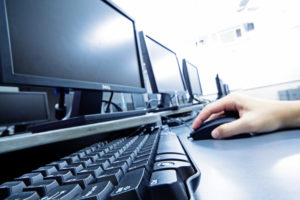 This is an intense and detailed type of pen test. Browsers, plug-ins, Applets, and web applications all belong to this pen testing category.

Given that this type of test analyzes each web app’s end-points, it requires significant planning. The methods used to test web applications continue to evolve.

This type of test is designed to examine any wireless device that is deployed on a client’s site. Laptops, tablets, and smartphones are all examples of devices that fall under this category. Pen tests should be prepared for:

These types of tests are intended to detect security threats that arise locally. Errors in software applications that run on a user’s workstation fall under this category.

The use of uncertified open-source software (OSS) to generate or extend locally-developed applications could potentially lead to major threats and risks that are relatively difficult to foresee.

These kinds of tests mimic assaults where an organization’s employees could try to launch a breach. Nevertheless, social engineering tests can typically be divided into two subgroups:

There are also two different options for pen testing called “blind testing” and “double-blind testing.” Both of these methods of penetration testing involve very little-to-no knowledge of the targeted organization or the simulated attack itself.

How Often Should Penetration Tests Be Conducted?

The answer to this question will likely vary depending on who you speak with. However, it is recommended to perform a penetration test at least once every year. WhiteHat Security’s 2015 Website Security Statistics Report revealed that out of 118 organizations analyzed, 21% had performed a pen test once each year.

Additionally, the average organization that conducted routine pen-testing possessed up to 10 security vulnerabilities, although just half of these weaknesses were ultimately resolved.

Speak With A Professional Managed IT Services Provider

Contact the experts at SeaGlass Technology in New York to learn more about the various types of penetration testing and what their benefits are. We are committed to providing customers with innovative IT security solutions that are customized to meet their unique needs. No matter how small or large your organization is, it is crucial to have a strong infrastructure, and penetration testing can help ensure this.

If the vulnerabilities in your applications are exploited, sensitive data can become compromised through data breaches, which can cost you lots of time and large sums of money. Call SeaGlass Technology today at 212.886.0790 or contact one of our specialists online to schedule a consultation or for more information about our managed IT services.